Anti-boycott laws are a dystopian nightmare 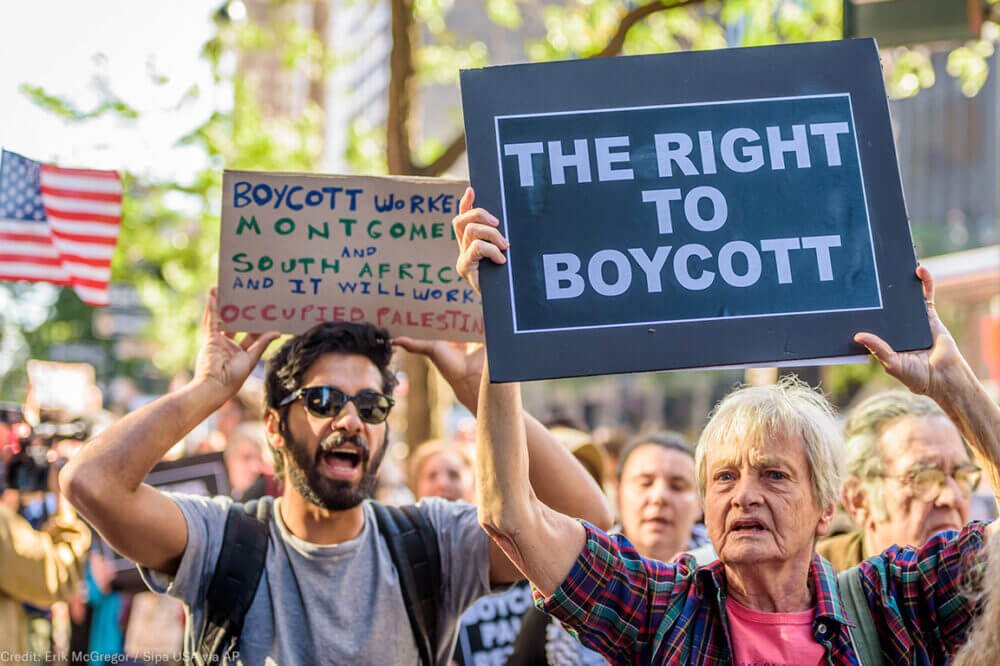 Anti-boycott laws are a dystopian nightmare

The right to boycott was once enshrined by the U.S. Supreme Court in 1982, but the recent passing of anti-BDS laws in several U.S. states shows how fragile basic civil rights have become.

Few things have as much bipartisan support in the U.S. as unconditional support for Israel. Ironically, while criticisms of the U.S. government are protected by the First Amendment, lawmakers from both sides of the aisle have made it nearly impossible to criticize Israel without facing tangible consequences like public smearing, and even financial loss. Across the U.S., 34 states — from “blue” states like California and New York to “red” states like Texas and South Carolina — have passed some form of legislation that makes it illegal for the state to contract with businesses and individuals who participate in Boycott, Divestment, and Sanctions (BDS), a grassroots movement founded by Palestinian civil society that seeks to pressure Israel to abide by international law.

Under the various iterations of anti-boycott laws across the U.S., individuals and businesses that do partake in the BDS movement risk financial retaliation, like Unilever did in New Jersey, or public smear campaigns and accusations of antisemitism. Proponents of the anti-boycott law claim that it combats antisemitism, but most of the laws explicitly target the BDS movement, which condemns antisemitism. These anti-BDS laws have been wielded to disastrous effect, with state governments targeting individuals and companies alike who seek to exercise their right to boycott an apartheid state. By punishing boycotts of Israel, U.S. legislators encroach on Americans’ First Amendment rights.

Many of the state anti-BDS laws require anyone contracting with the state or any federal employees to sign a non-boycott pledge. Just weeks ago, in June, the Eighth Circuit Court of Appeals upheld an anti-BDS law in Arkansas, the first and most senior court to do so thus far.

A local newspaper, The Arkansas Times, was required to sign a pledge not to boycott Israel in order to run ads with the University of Arkansas, a state-funded public university. The newspaper refused to sign the pledge on grounds that it violated free speech. Initially, The Arkansas Times won their case in the district court. The Eighth Circuit Court of Appeals, however, reversed the decision and upheld the law. If the Supreme Court agrees to hear the Arkansas case or even a similar one in the next few years, there is a high probability that the conservative majority will concur with the conservative Eighth Circuit’s opinion and uphold these laws, permanently crippling free speech in this country.

In Kansas and Texas, individuals contracting with public schools were also required to sign the pledge.

One Kansas woman, Esther Koontz, sued Kansas Commissioner of Education Randall Watson after she was required to sign a pledge to not participate in boycotts of Israel. The state refused to contract with her when she did not sign the pledge.

In Texas, victims of Hurricane Harvey were required to sign the anti-BDS pledge in order to receive aid from the government. Phil King, the Republican lawmaker who sponsored the bill, later apologized for the way the law was implemented, calling it a “misunderstanding.” But just about a year later, Bahia Amawi, a child language pathologist, lost her job after nine years of employment when she refused to sign a new contract that included an addendum that would prohibit her from boycotting Israel.

Both Kansas and Texas later amended their laws: in Kansas, the anti-boycott certification requirement no longer applies to individuals or sole proprietors — now only applying to companies if they conduct more than $100,000 worth of business with the state.

However, companies that conduct more than said amount of business with the state are required to sign a certification stating that they are “not engaged in a boycott of goods or services from Israel that constitute an integral part of business conducted or sought to be conducted with the state.” Similarly in Texas, the anti-boycott law now excludes companies with nine or fewer full-time employees and contracts under $100,000. Both CAIR and its Houston chapter sued the state of Texas last year to expand the definition of a “company” to “between a governmental entity and a company with 10 or more full-time employees, and has a value of $100,000 or more that is to be paid wholly or partly from public funds of the governmental entity.” The state has appealed the temporary injunction granted, and it is now up to the Fifth Circuit this November.

Many states have also passed laws that pose financial burdens on organizations that allegedly boycott Israel through the creation of blacklists, pension fund divestments, and prohibition of business contracts. Most of the laws target companies that states deem to be engaged in a boycott of Israel, regardless of whether they actually are. In Illinois, the state created blacklists of companies, not only for boycotting Israel on political grounds, but for even refusing to do business with Israel for commercial reasons. Many of the companies on the list were perplexed as to why they could no longer contract with the state as they held no political positions against Israel.

In New Jersey and New York, both states divested state pension funds from Ben & Jerry’s parent company, Unilever, after the ice cream maker announced that it would no longer operate in illegal Israeli settlements. Interestingly, this action was considered a boycott of Israel despite the fact that Ben & Jerry’s continued to operate in the rest of the country.

In Houston, the Council on American Islamic Relations sued the city and Texas Attorney General, Ken Paxton, on behalf of A&R Engineering, a firm that frequently contracted with the city but refused to sign the anti-BDS pledge. The suit was successful, and they won an injunction against the city to waive the requirement. The fact that this clear political act was punished by so many states shows that the government can use the full force of the state to stifle political dissent and find applause within both parties. The majority of anti-BDS laws prohibit states from investing in companies that boycott Israel, significantly hindering the ability of activists to pressure companies to support human rights.

While most of the anti-BDS laws have been struck down in court when challenged, the latest ruling from the Eighth Circuit may represent a disturbing shift towards stricter government enforcement against movements that support Palestinian rights. Arkansas Senator Tom Cotton recently introduced an anti-BDS law in Congress that would make it easier for states to implement stricter anti-BDS laws.

Seeing that anti-BDS laws have broad bipartisan support, the likelihood of this bill becoming law is very high.

The right to boycott was protected by the U.S. Supreme Court in the landmark case NAACP v. Claiborne Hardware Co in 1982, in which the court upheld the right of the NAACP to boycott primarily white institutions that segregated between whites and people of color.

Boycotts have long been instrumental to political movements from the Civil Rights Movement in the U.S. to the anti-apartheid boycotts of South Africa. The fact that so many U.S. states have decided to fall on the side of apartheid is a dystopian foreshadowing of the ease with which fundamental rights can be taken away. 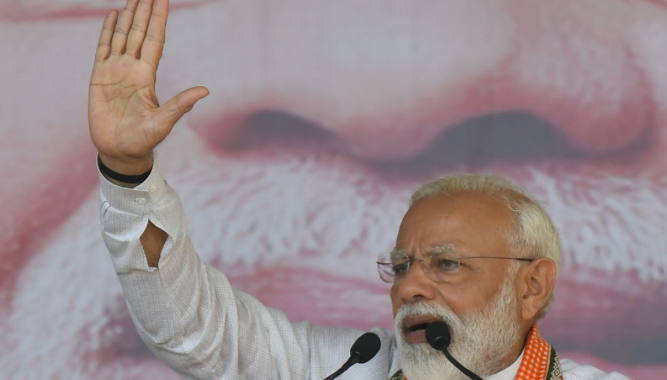 US Hindu nationalist groups: What could this mean for Muslims and minorities? 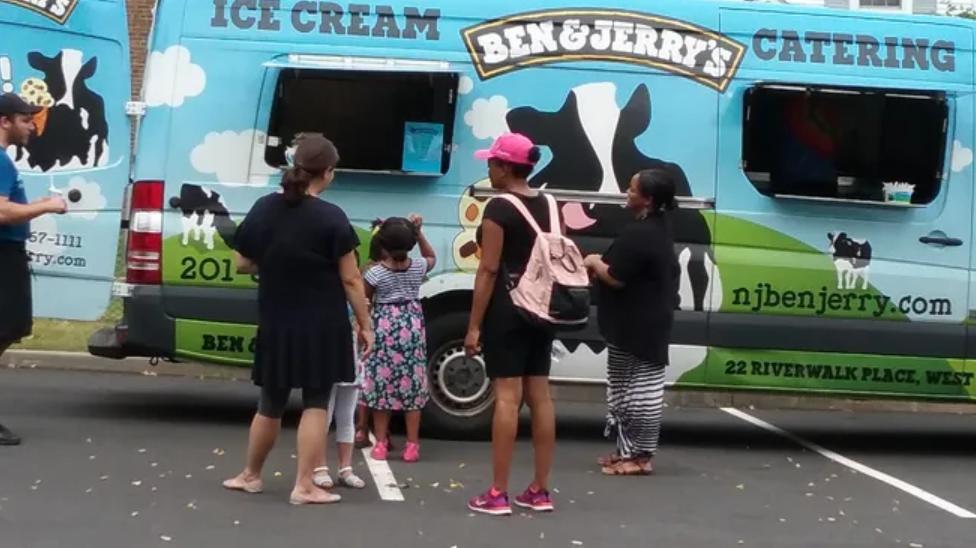 Anti-boycott laws are an affront to free speech. They also don’t address antisemitism