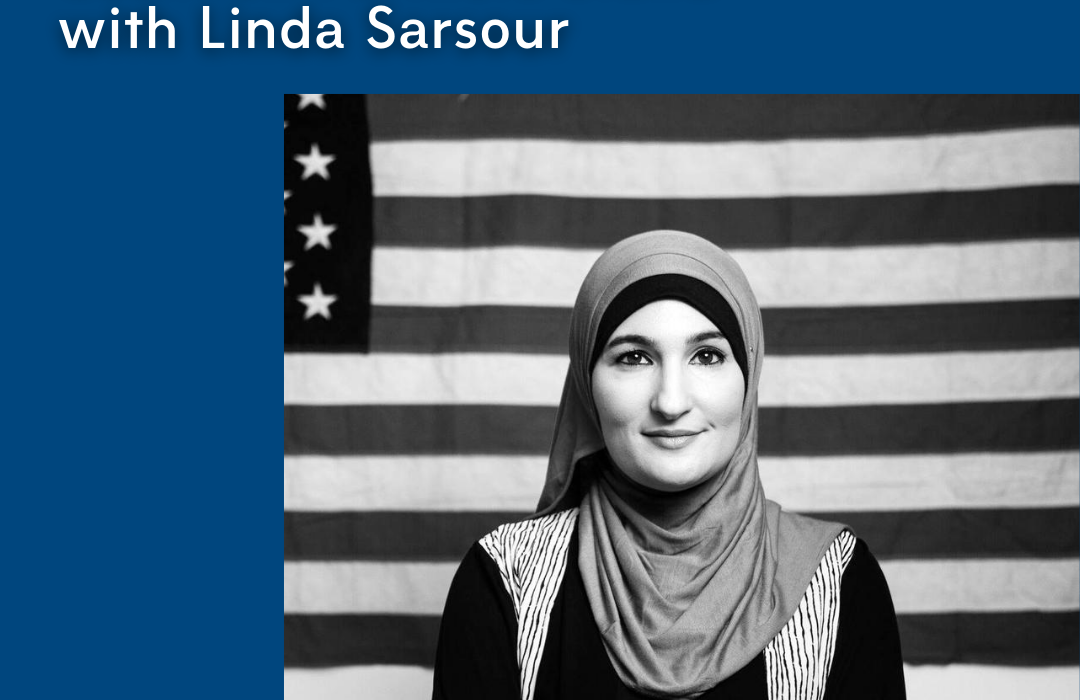 (SOUTH PLAINFIELD, NJ, 8/24/20) – The New Jersey chapter of the Council on American-Islamic Relations (CAIR-NJ) today expressed its support and solidarity with MPower Change Executive Director Linda Sarsour after she was smeared by various elected officials and political leaders in the wake of her appearance at a Democratic National Convention event.

On August 19, 2020, Congressman Josh Gottheimer of New Jersey tweeted an attack on Linda Sarsour and said that she is “a noted anti-Semite and opponent of the State of Israel and should never have been given a platform to speak.”

We, a diverse coalition of New Jersey-based community organizations, are deeply concerned by the trend in national and local political discourse that stifles our right to free speech under the guise of accusations of anti-Semitism. The smear campaign against Sister Linda Sarsour is just the most recent attack of its kind. It is rooted in Islamophobic sentiment, which leaders, primarily female civil rights leaders of color, face the brunt of.

It is past time that the false equivalence between criticism of the Israeli government and anti-Semitism be denounced. As a diverse and pluralistic society that guarantees all Americans the right to exercise our First Amendment right to free speech, we believe in creating a space in our political discourse to talk honestly about the human rights violations and injustices against the people of Palestine perpetrated by the Israeli government.

These attacks on Sister Linda Sarsour by political leaders and elected officials are attacks on our community at large. We call for immediate retractions and meaningful apologies from those responsible for this conduct. These attacks are no longer acceptable, and all statements of prejudice must be challenged.

Jews for Palestinian Right of Return

NOTE: As a nonpartisan tax-exempt organization, CAIR-NJ encourages American Muslims to participate in national and state elections. CAIR-NJ does not support one candidate or political party over another.

“An attack on Linda Sarsour is an attack on our Muslim community and our like-minded allies. This coalition of 35 diverse community organizations is a testament to the changing tides in New Jersey and our nation at large. We no longer tolerate Islamophobia from our elected officials.

“We demand our First Amendment right to free speech be respected, allowing us to talk honestly about the injustices against the Palestinian people. No longer can you dishonestly smear us and our leaders as anti-Semites.”

END_OF_DOCUMENT_TOKEN_TO_BE_REPLACED

On behalf of a broad multi-faith coalition of more than 100 organizations throughout New Jersey, we would like to express our sorrow at the most recent tragic deaths of two African-American victims of police shootings in Louisiana and Minnesota and the targeted killings of five police officers in Dallas.

END_OF_DOCUMENT_TOKEN_TO_BE_REPLACED

(WASHINGTON, D.C., 7/15/16) – The Council on American-Islamic Relations (CAIR), the nation’s largest Muslim civil rights and advocacy organization, today condemned the terror attack in France that killed at least 80 people, and also condemned a suggestion by former House Speaker Newt Gingrich who responded to the attack by calling for Inquisition-style religious “testing” and possible deportation of “every person here who is of a Muslim background.”

END_OF_DOCUMENT_TOKEN_TO_BE_REPLACED

On behalf of a broad multi-faith coalition of more than 120 organizations throughout New Jersey, we strongly condemn the suicide bombing in Kabul that killed 80 and injured 200 civilians as ISIS suicide bombers targeted peaceful protest by Hazaras, the largest minority community in Afghanistan.  This was one of the deadliest attacks in Afghanistan since 2001.

END_OF_DOCUMENT_TOKEN_TO_BE_REPLACED

On behalf of a broad multi-faith coalition of more than 120 organizations throughout New Jersey, we are deeply saddened at the cold blooded assassination yesterday of Imam Maulana Akonjee of the Al Furqan Jame Masjid in Queens New York and his assistant Mr. Thara Uddin who were wearing the traditional Muslim garments.

END_OF_DOCUMENT_TOKEN_TO_BE_REPLACED

(SOUTH PLAINFIELD, NJ, 09/19/16) – On Tuesday, September 20, the New Jersey Chapter of the Council on American-Islamic Relations (CAIR-NJ) will join other Muslim organizations at a news conference to condemn the bombings in NYC and NJ and to urge unity in the community.

END_OF_DOCUMENT_TOKEN_TO_BE_REPLACED

(SOUTH PLAINFIELD, NJ, 10/10/16) – On Tuesday, October 11, the New Jersey Chapter of the Council on American-Islamic Relations (CAIR-NJ) will join other Faith Based organizations at a news conference to condemn the vandalism of the home of Peter Jacob of Union, NJ, a candidate for Congress in the 7th District.

END_OF_DOCUMENT_TOKEN_TO_BE_REPLACED

(SOUTH PLAINFIELD, N.J., 10/14/16) – The New Jersey chapter of the Council on American-Islamic Relations (CAIR-NJ) today called on state and federal law enforcement authorities to investigate hate graffiti left at a mosque in Bayonne as a possible bias-motivated crime.

END_OF_DOCUMENT_TOKEN_TO_BE_REPLACED

(WASHINGTON, D.C., 11/9/16) – The Council on American-Islamic-Relations, the nation’s largest Muslim civil rights and advocacy organization, today issued a statement calling on President-elect Donald Trump to respect the rights of all Americans and pledging to work with the new president to strengthen the nation.