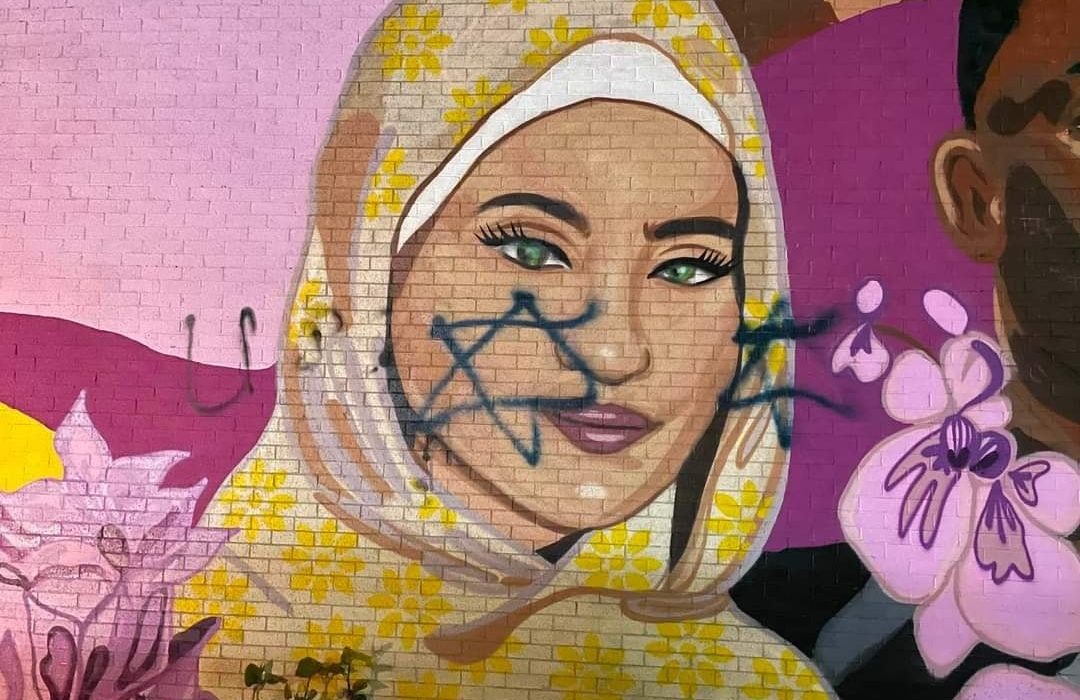 Authorities in Middlesex County are investigating two incidents of graffiti of the new mural located in downtown Highland Park. According to a photo posted to Facebook by the Highland Park Police Department, the defaced portion of the mural depicts a woman wearing the religious head covering.

SEE: Graffiti on New Mural In Middlesex Co. Under Investigation

“It is not enough for local leaders to condemn anti-Muslim hatred publicly on social media. The message must be brought back to their personal circles and intimate gatherings, to those nearest to them, that anti-Muslim hatred is not tolerated here or anywhere. We must make those who harbor anti-Black racism, Islamophobia, antisemitism, xenophobia, and other forms of bigotry feel uncomfortable and unwelcomed in our presence. Hate must be condemned publicly and privately.

“We thank the Highland Police department for their swift action, and hope they are able to find those responsible for this vandalism.

“Local interfaith leadership and community members in Highland Park have worked hard to make their town welcoming and inclusive of people of all faiths. The vandals wish to erode the bonds of brotherhood and sisterhood built among the diverse local communities through New Jersey, but they will not succeed. We will not let them. Together, our local communities will condemn and overcome this display of ignorance and hate for the sake of a better world.”

The Council on American-Islamic Relations (CAIR) says in a new report it received its highest ever number of civil rights complaints in 2021, including 104 complaints of incidents against Muslims in New Jersey.