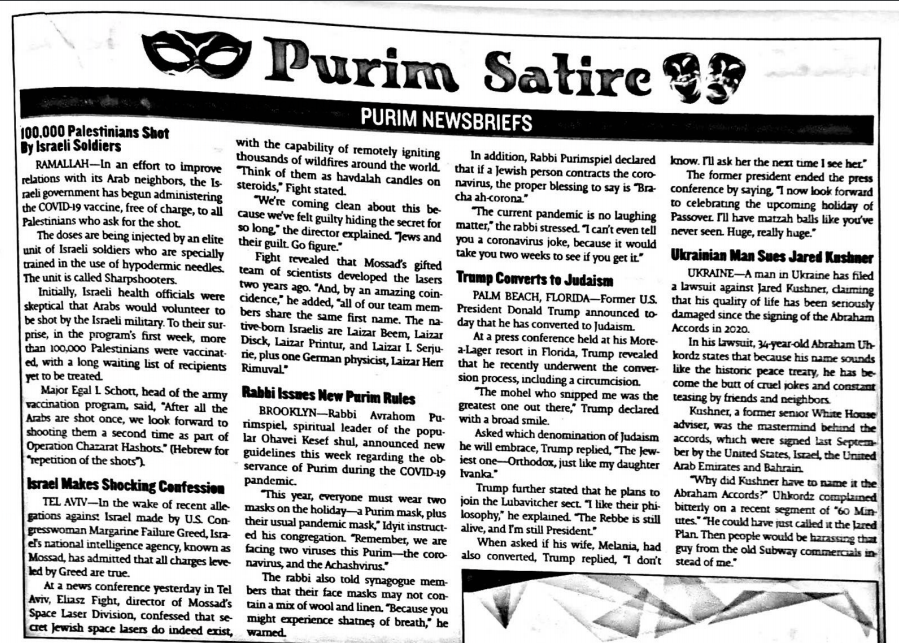 The Jewish Link of Teaneck, N.J., published a “Purim satire” with the headline, “100,000 Palestinians shot by Israeli soldiers” that said Palestinians were volunteering to be shot by an Israeli “Sharpshooters” unit that is dispensing the COVID-19 vaccine.

Health Ministry was “skeptical that Palestinians would volunteer to be shot by the Israeli military,” the Link “joked.” But 100,000 had been injected, and an Israeli officer said: “After all the Arabs are shot once, we look forward to shooting them a second time…”

The Jewish Link boasts a wide circulation to religious communities in the New York metropolitan area.

“Suggesting the systematic murder of 100,000 people of an oppressed minority will never make for good comedy. Israeli soldiers shooting Palestinians is not a joke. It is reality. A reality I am afraid the Jewish Link is all too comfortable with.

“Jokes about killing would never be entertained let alone published in an article had they been aimed at any other minority demographic.”