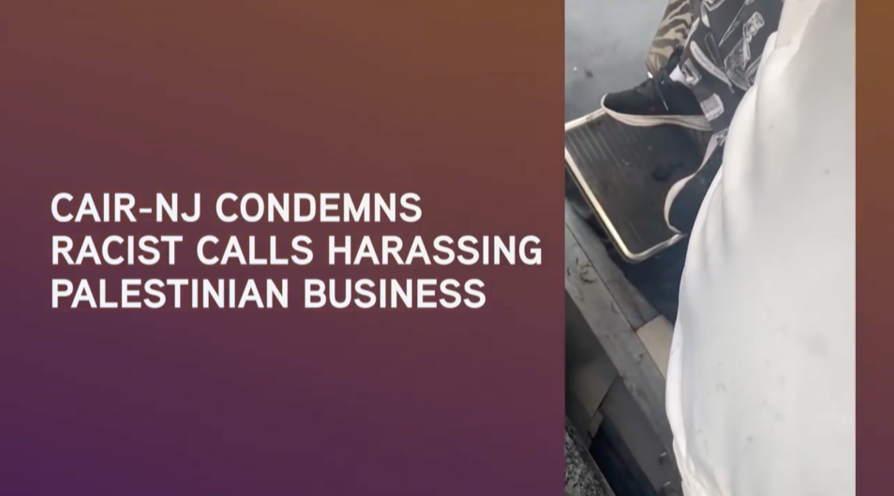 “This harassment is a reminder of the deep-seated animus against Arabs and Muslims. Such a display of unabashed Islamophobia and anti-Palestinian hate must be firmly condemned by everyone who values humanity and its diversity.”

“These calls started shortly after the City Council voted on re-naming Main Street between Buffalo and Gould Ave ‘Palestine Way’ in recognition of the contributions that the Palestinian American community has given to Paterson. We do think the timing is not a coincidence, but a direct response. We must condemn and firmly stand against the erasure of any recognition of Palestine and the contributions of Palestinians.”