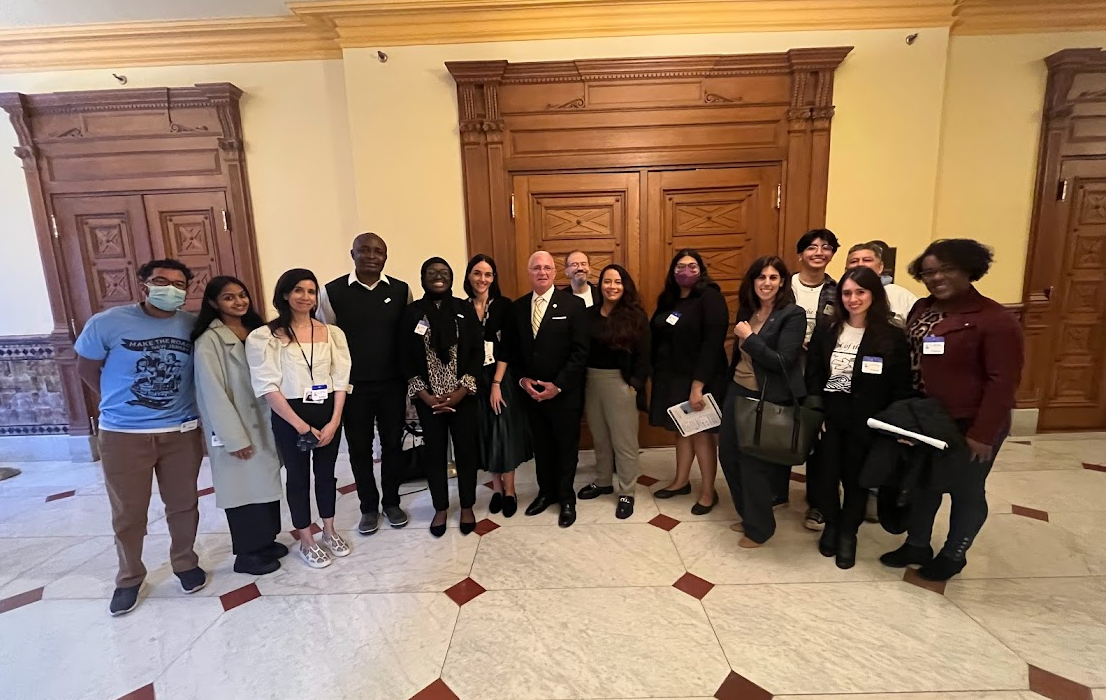 The New Jersey Alliance for Immigrant Justice (NJAIJ) hosted their Trenton Day of Action on Thursday, October 27, 2022 at the state capital in commemoration of National Immigrants Day, which celebrates immigrants and their contributions to society. NJAIJ’s Day of Action also included point of privilege recognition from Assembly Member Shama A. Haider (LD-37) commemorating National Immigrants Day and over 30 meetings with legislators.

Roughly one in four New Jerseyans identifies as an immigrant, and New Jersey has the second-highest proportion of immigrants in the nation. The New Jersey Alliance for Immigrant Justice (NJAIJ) core priority bills foster stronger protections for marginalized immigrant and BIPOC communities that constitute a growing population of the state.

“American Muslims represent the most ethnic diversity within religious groups in America. As such, CAIR-NJ supports language access legislation, which is critical to bridging the gaps between marginalized and non-English speaking communities and public resources.

“If language access legislation (S2459 / A3837) passes, the state would be required to provide translation and interpretation services in the 15 most common non-English languages per U.S. Census data.”