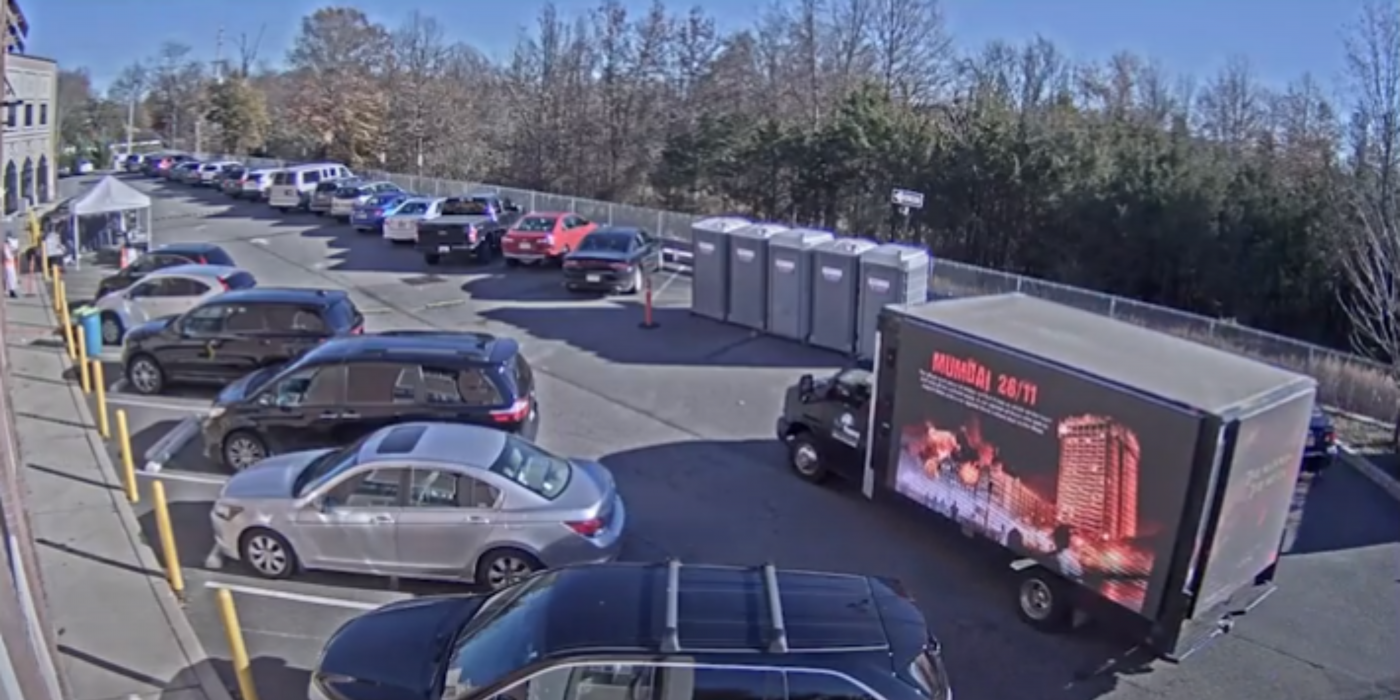 (SOUTH PLAINFIELD, NJ, 11/29/2022) – On Wednesday, Nov. 30, the New Jersey chapter of the Council on American-Islamic Relations (CAIR-NJ) and members of the Muslim Center of Middlesex County (MCMC) will hold a joint press conference in Piscataway, N.J., in response to an incident of ethnic and religious harassment and perceived bias-motivated intimidation that reportedly targeted the center on Saturday, Nov. 26.

More than 200 community members were gathered for an event at MCMC — both within the building and in the parking lot — when a truck displaying a digital billboard with photos from the 2008 Mumbai attacks circled through the masjid’s parking lot multiple times.

The truck entered MCMC’s parking lot from the property’s back entrance at approximately 1:30 p.m., according to security footage. The truck circled the mosque parking lot twice, making stops throughout.

Some community members were lingering in the parking lot at the time of the incident. One individual followed the truck out of the MCMC parking lot onto Route 18 North and recorded the truck as it drove off.

A police report has been filed.

“The intent behind this incident is clear. By targeting a Muslim center and deliberately circling its premises repeatedly, the perpetrators expect New Jersey’s Muslim community to answer to, or even feel shame for, an event that occurred entirely independent of them.

“Anti-Muslim intimidation tactics like these are unacceptable. They mirror the tactics used against American Muslims in the aftermath of the 9/11 terror attacks and could lead to an uptick in anti-Muslim incidents as we’ve seen over the past two decades.

“While everyone — even bigots — has the right to free speech, no one has the right to target religious minorities especially at their houses of worship with acts of perceived intimidation and harassment.

In a statement, the Director of the Islamic Circle of North America’s Council for Social Justice Dr. Atif Nazir said:

“Places of worship must be respected and treated as safe sanctuaries.

“Provocative acts of intimidation that are meant to stoke fear cannot be tolerated, and we are calling on law enforcement officials to conduct a full investigation into this hateful incident.”

In August, CAIR-NJ called on local leaders to rebuke the offensive use of a bulldozer – which in India symbolizes societal division and anti-Muslim sentiment – at the India Independence Day parade in Edison and Woodbridge, N.J.