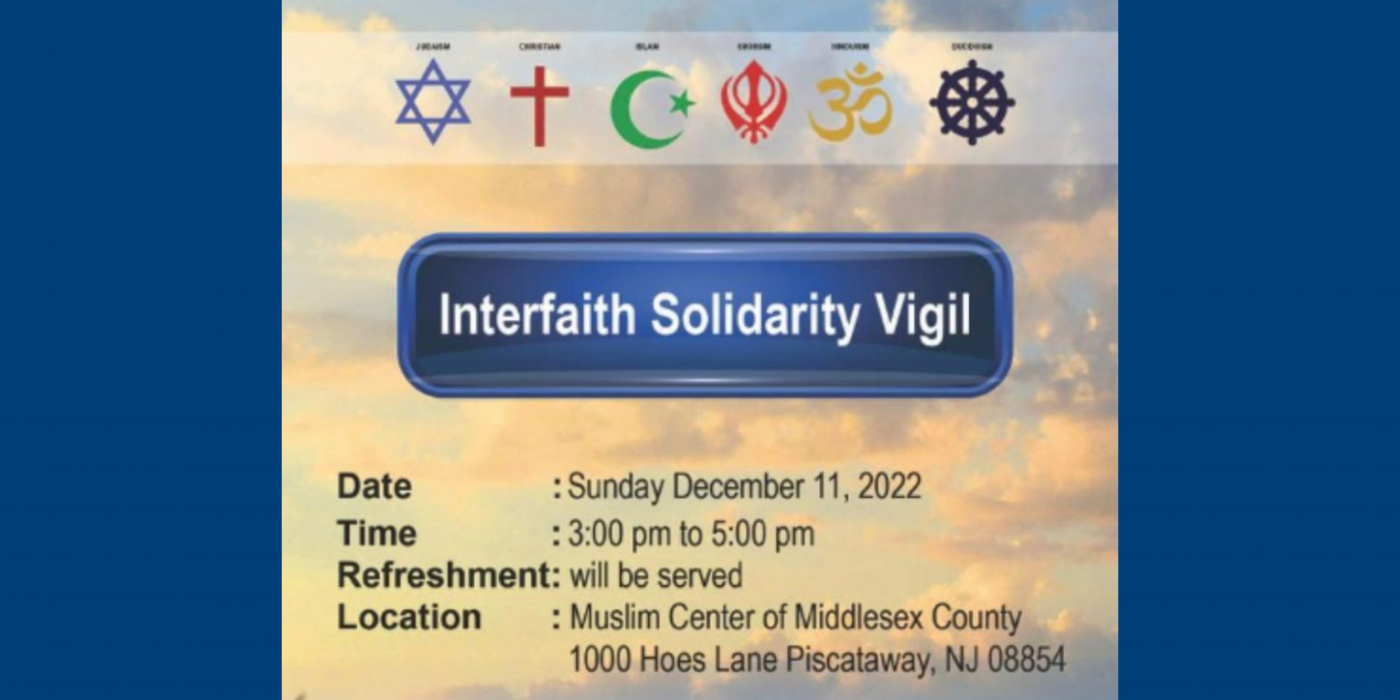 (SOUTH PLAINFIELD, NJ, 12/09/2022) – On Sunday, December 11, the New Jersey chapter of the Council on American-Islamic Relations (CAIR-NJ) and leaders of the four Islamic centers that were targeted by a series of anti-Muslim incidents will participate in an interfaith solidarity rally at the Muslim Center of Middlesex County (MCMC).

Community leaders and FBI will share insight about the impact of these incidents on the Muslim community.

A truck displaying billboards with anti-Muslim messages and images of the 2008 Mumbai attack drove through the premises of at least four Islamic centers in New Jersey on November 26, the 14th anniversary of the Mumbai attack.

SEE: Leaders of at least 4 N.J. mosques say their congregations are being harassed

The four Islamic centers that were targeted are the Muslim Center of Middlesex County in Piscataway, Masjid al-Wali in Edison, New Brunswick Islamic Center in North Brunswick, and the Muslim Community of New Jersey Masjid in Fords.

A police report has been filed. Law enforcement, including the FBI and the Middlesex County Prosecutor’s Office, is investigating.