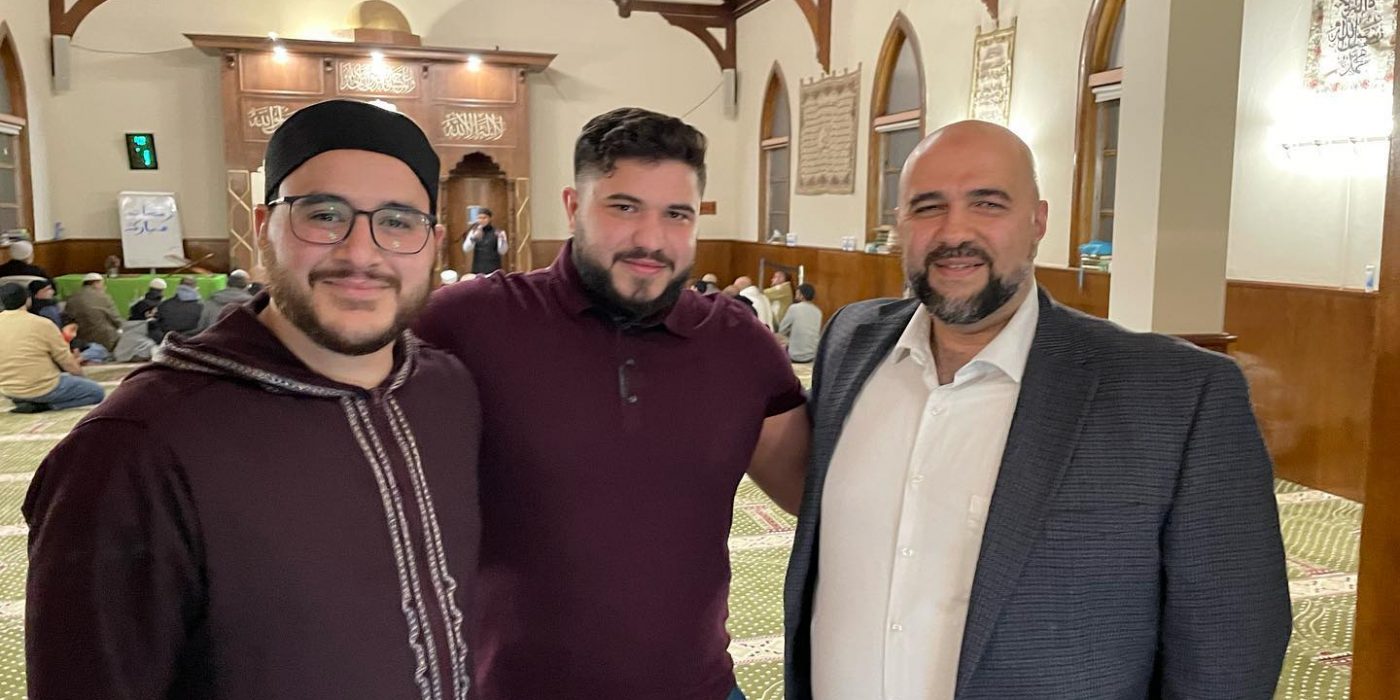 Tahhan is being hailed for spotting and pointing out the Brooklyn subway mass shooting suspect, which helped lead to the capture and arrest of the individual.

“Zack was quick-thinking and showed great courage at a time when many others would hesitate to act. We applaud his bravery. We are grateful to Mayor Khairullah and Mayor Ghassali for organizing the ceremony to honor Zack Tahhan. It is important that we uplift those who do good as an example for others.”

Maksut said the American Muslim community is very proud of Tahhan for his actions that day.

(PROSPECT PARK, NJ) – Mayor Mohamed T. Khairullah, the Municipal Council, of the Borough of Prospect Park in partnership with Mayor Mike Ghassali of the Borough of Montvale will be holding a joint press conference and ceremony on Friday, April 22, 2022 at 5:00PM in front of the Prospect Park Municipal Building (106 Brown Avenue, Prospect Park, NJ) to honor Syrian American hero and New Jersey resident Zack Tahhan who is being hailed for spotting and pointing out the Brooklyn subway mass shooting suspect which led to the capture and arrest of the individual.

The 21-year-old New Jerseyan who hails from Aleppo, Syria was immediately celebrated by New Yorkers and his fellow Americans after he quickly jumped to action when he spotted the terror suspect. Mr. Tahhan who works as a security camera technician immediately identified the subway mass shooting suspect to local authorities from photographs released by the NYPD which was widely shared online and in the media while he was updating a closed-circuit TV system at a hardware store in Manhattan’s East Village. Mr. Tahhan’s alertness and bravery in helping capture the Brooklyn subway terrorist, who was armed and dangerous, thus preventing further casualties to the general public, comes in the aftermath of a shocking attack that left 29 people wounded, including five in critical condition.

“I am happy that the Brooklyn Subway shooter was captured quickly, ending the possibility of any further harm to other innocent lives,” stated Mayor Mohamed T. Khairullah of Prospect Park who will be presenting a ‘Key to the City’ to Zack Tahhan. The irony in the efforts of Mr. Tahhan being a Syrian American who had to flee the war in Syria, is that if he was not born in the United States, he would have never been allowed into the United States because he would be considered a terror suspect, which he proved to be the furthest from and is now he is hailed as an American hero. His story debunks the fear mongers’ narrative and affirms the oneness of our humanity, Mayor Khairullah added.

“I am incredibly proud of everyone’s efforts to catch the Brooklyn shooter and stop him from causing more harm,” said Mayor Mike Ghassali of Montvale who will be presenting a Proclamation to honor Zack Tahhan’s heroic efforts. “I am especially proud of a fellow Syrian, Zack Tahhan who he himself witnessed atrocities and escaped danger while in Syria and knows what pain and anguish violence brings to families. Zack Tahhan represents the true American Syrian people who love and care for this country and for what it stands for, he is a hero,” Mayor Ghassali added.