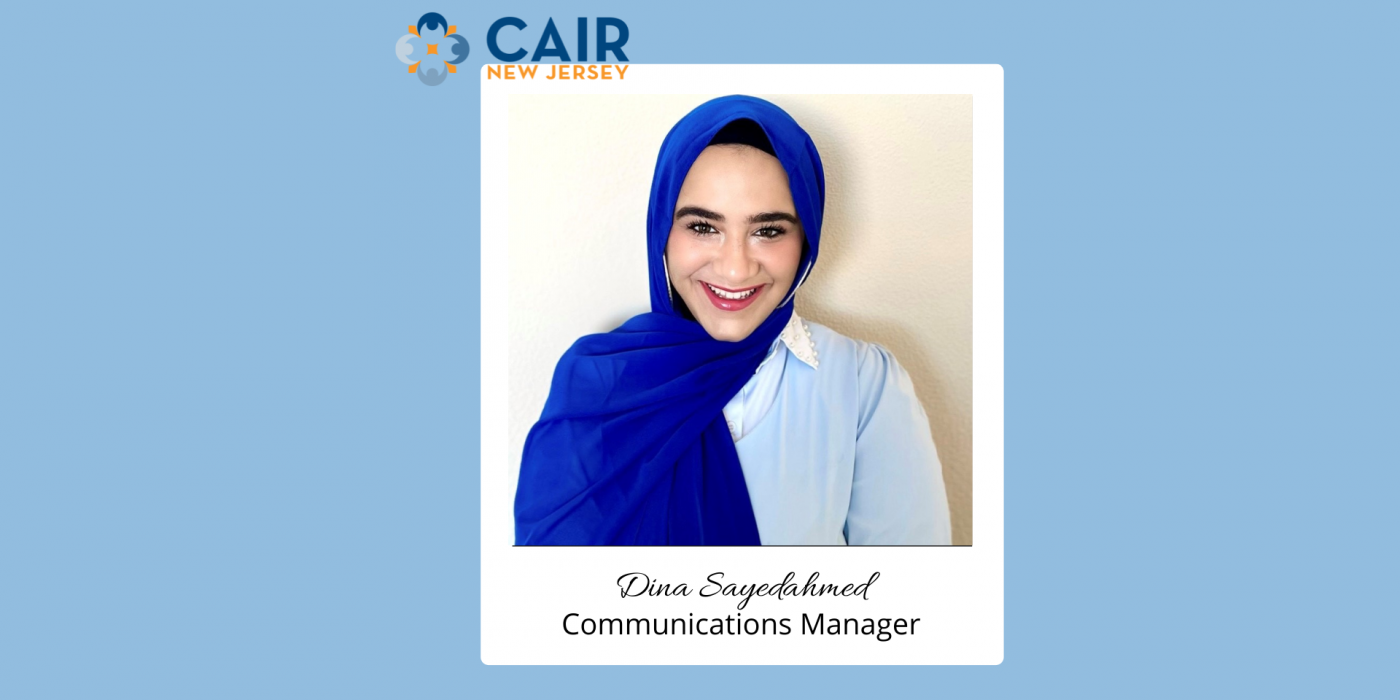 (SOUTH PLAINFIELD, NJ, 06/06/2022) – The New Jersey chapter of the Council on American-Islamic Relations (CAIR-NJ), the state office of the nation’s largest Muslim civil rights and advocacy organization, today announced that Dina Sayedahmed has been named as its new Communications Manager.

In addition to her work experiences, Sayedahmed regularly volunteers with Bayonne Muslims and leads a weekly halaqa for youth. She is also a budding calligraphist of the Diwani and Thulth scripts.

“I am humbled by this opportunity to serve the Muslim community in New Jersey and to further CAIR’s mission in advocating for justice and mutual understanding. Given the rising trends of anti-Muslim sentiment and other forms of bigotry, I look forward to working towards tangible improvements in the lives of American Muslims and minority groups.”

“Our office is thrilled to onboard Dina Sayedahmed who brings with her a wealth of expertise and knowledge on media and communications work. Dina’s skills and passion for civil rights and advocacy work will advance our fight against Islamophobia and institutional racism here in New Jersey, and uplift the image of Islam and the American Muslim community.”