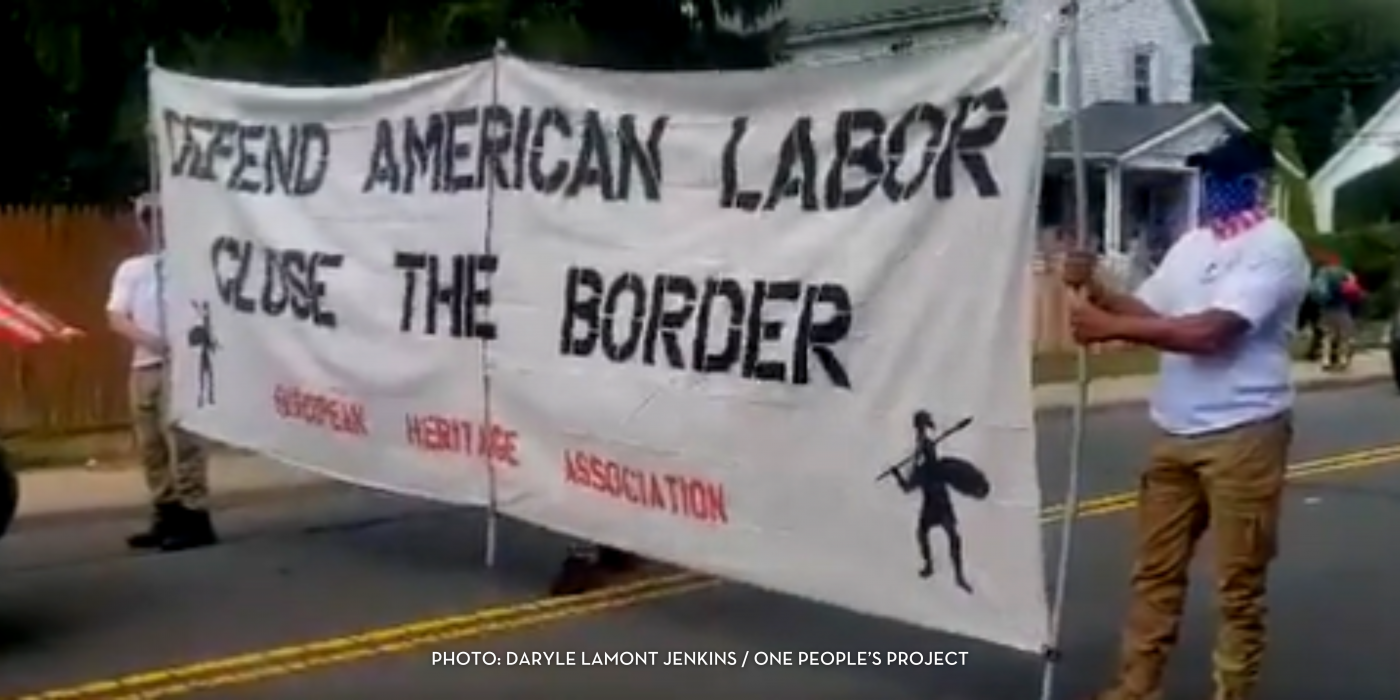 South Plainfield City Council held an emergency meeting on Tuesday night to address the group’s presence at the parade, which caught town officials by surprise, according to the mayor. During the parade, EHA members held a banner that read, “Defend American labor. Close the border.”

“None of us condoned this group, believe in what they believe in, or welcome them to this parade or the community,” Anesh said during the meeting.

“We thank the mayor for responding to his constituents in a timely manner and strongly condemning the white supremacist group.

“We encourage local communities to be proactive in the face of white supremacy. Being ‘not racist’ is not enough — we must be anti-racist ourselves and invest in anti-racist education.”

“We call on all South Plainfield elected and appointed officials to join us in condemning this defined white supremacist hate group.”