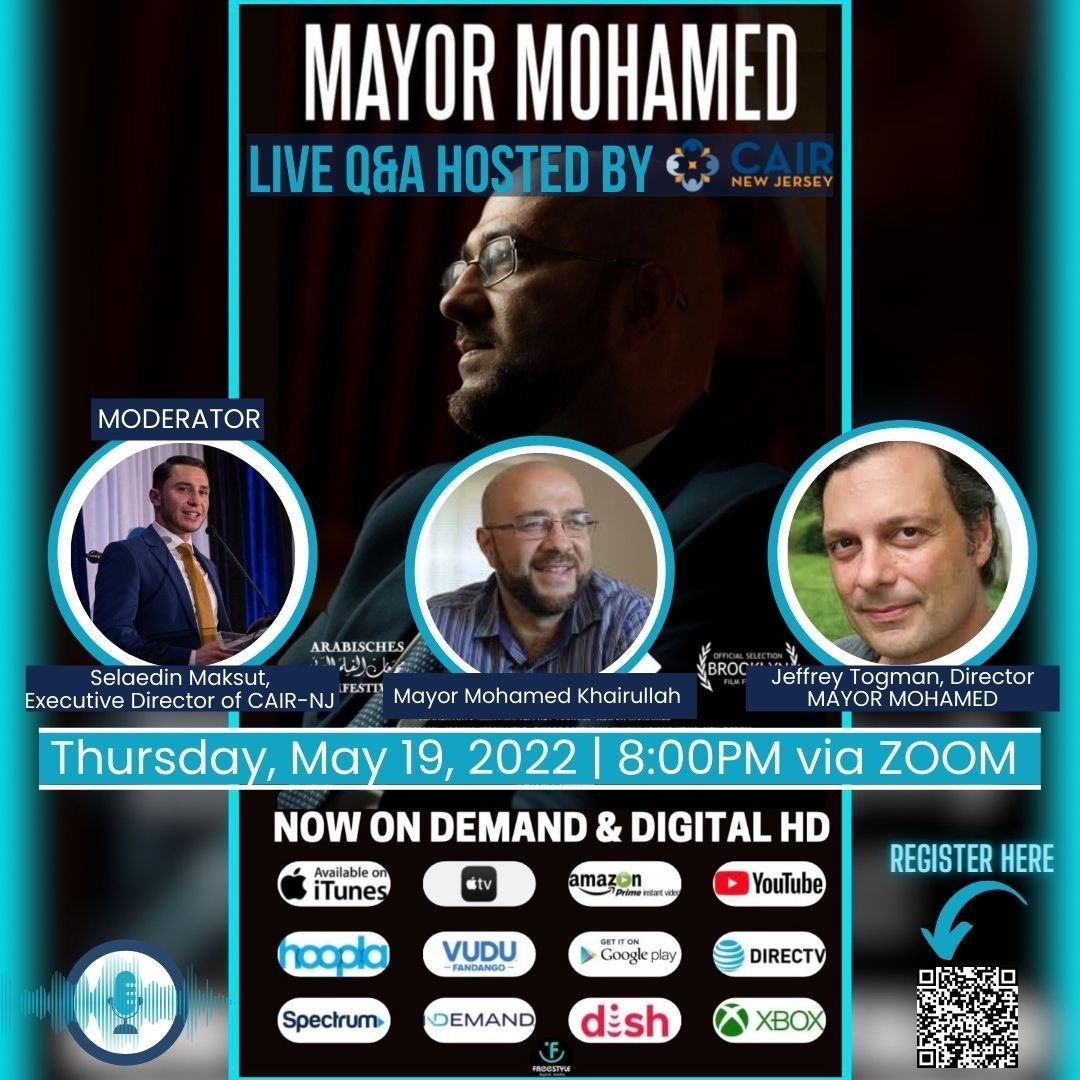 CAIR NJ invites you to a Q&A to discuss the new documentary Mayor Mohamed -The Movie. The film tells the story of Mayor Mohamed T. Khairullah, a Muslim-American mayor who fights the forces of Islamophobia in the United States while simultaneously risking his life to bring humanitarian relief into Syria. The film won a special jury award at the Montclair Film Festival, where Executive Director Tom Hall said, “MAYOR MOHAMED explores the fragility of our democratic values with dignity and keen insight into the issues that frame our collective identity.”

CAIR-NJ Executive Director Selaedin Maksut will host and moderate the Q&A with Mohamed Khairullah himself on May 19th at 8 pm via Zoom. Watch the film and then join the conversation. The film is available on Amazon right now. https://www.amazon.com/placeholder_title…/dp/B09TTSCMGK
The film is also available on other platforms: YouTube Movies, Google Play, Apple TV, iTunes and Xbox.

Register in advance for this webinar:
https://tinyurl.com/mayormohamed