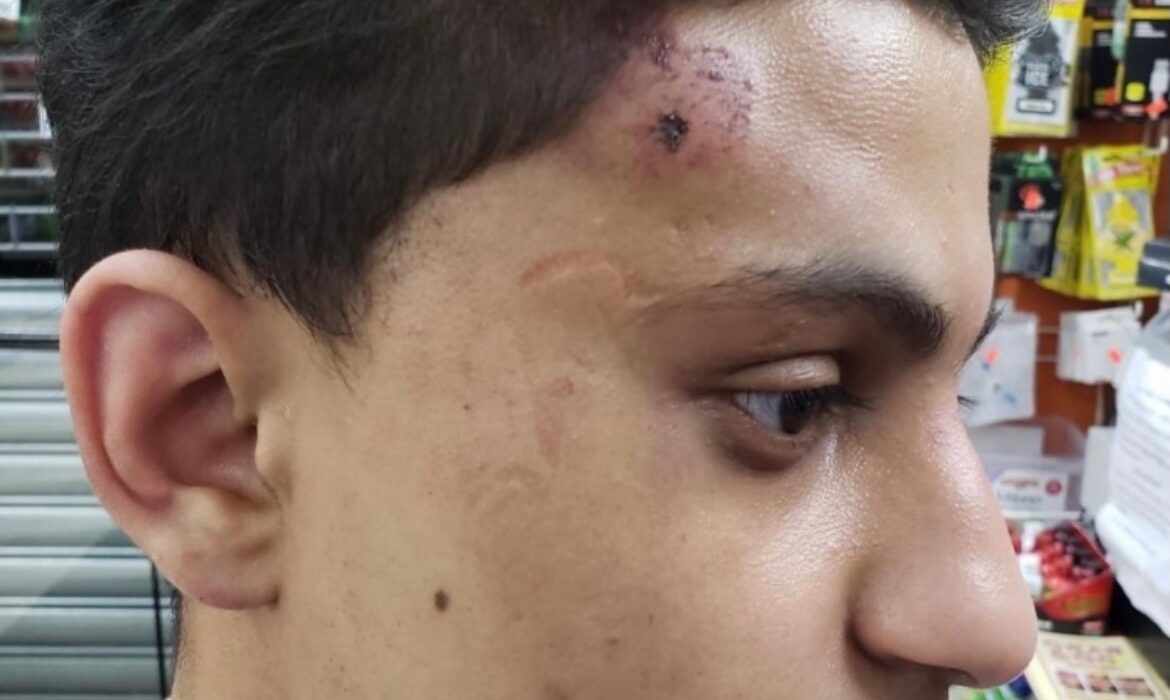 CAIR-New Jersey continues to call for a full and transparent investigation into the related attacks against Rosdward Hernadez and Dysia Leak, two additional incidents of police abuse that took place weeks prior to Alsaidi’s attack, with the same officers from Alsaid’s case.

CAIR-NJ’s news conference will also include Stephanie Luzzi, the attorney representing another person who allegedly also faced abuse by one of the officers involved in the Alsaidi incident.

The press conference will also have representatives from Islamic center of Passaic County, Black Lives Matter Paterson, and the Palestinian American Community Center.

Passcode: RSVP to info@nj.cair.com for code

“We call for the officers involved in Osamah Alsaidi’s case to be fired and prosecuted for aggravated assault and official misconduct for falsifying the report.”

“We are calling for a further investigation into Rosdward Hernandez’s case. Hernadez alleges he was also assaulted by the same officer as Alsaidi a little over two weeks before that incident.”

“Officers who behave in this way must not remain on duty. They must be stripped of their badge and charged for their crimes.”

Hernadez’s attorney, Stephanie Luzzi ESQ. alleges that Officer Patino initiated physical contact with Rosdward by shoving him, then escalated the verbal confrontation until he pushed Rosdward to the ground and repeatedly punched him in the face (which he admits to in the complaint).

The officer then allegedly fabricated charges of assaulting an officer to cover up for his actions.

The criminal case was remanded from Superior Court to Paterson Municipal, and we have a hearing on for February 18.

(SOUTH PLAINFIELD, NJ, 2/12/2021) – The New Jersey chapter of the Council on American-Islamic Relations (CAIR-NJ) today called for the firing of the two Officers for an apparent assault on a Muslim Arab-American youth. CAIR-NJ also called for a full investigation into the involvement of the other two Officers present at the scene.

Alsaidi was diagnosed with head trauma and a concussion.

Video: CAIR-NJ Calls for Firing of Two Officers for Assaulting an Arab-American Youth

“The disturbing video shows two officers approach and beat the youth to the ground. The teen posed no visible threat to either officer and was not given an opportunity to comply with the officer’s orders — assuming any orders were even given. Instead, the teen was brutalized while two additional offices came to clear the area of witnesses. He was later diagnosed with head trauma and a concussion.

“The officers then allegedly fabricated a story in their police report to cover up their assault. Their report was proven to be false once the video surfaced almost two months later.

“We are calling for the immediate termination of the two Officers for their brutality and their attempt to cover up their crime. Anything less than termination would be an insult to the residents of Paterson, and an affront to justice. Furthermore, a thorough and transparent investigation into the involvement of the other two Officers is needed immediately.

“To see such a reprehensible attack happen at the hands of those who supposedly serve and protect Paterson residents is more than disheartening, it is revolting and deserving of immediate punishment.

“The Paterson Police Department must act swiftly to rectify this horrific situation and take actionable measures to mitigate the possibility of it ever reoccurring. 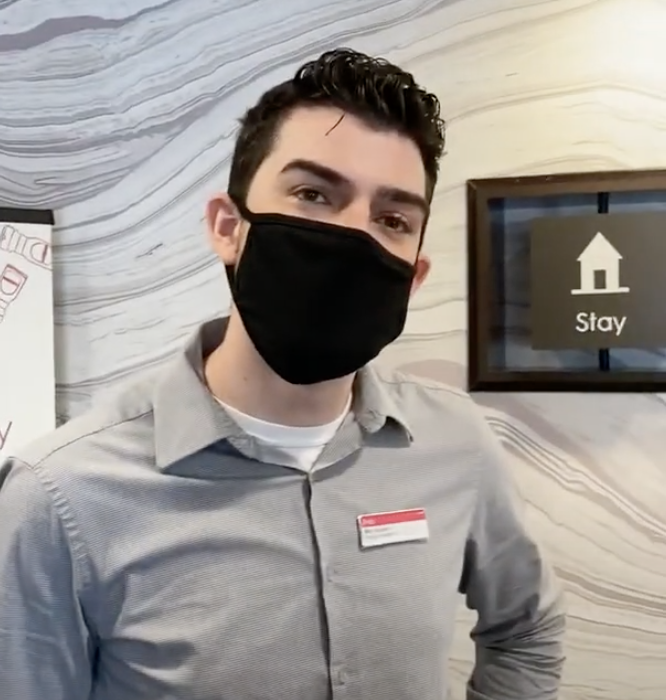 The South-Asian man and his Latina partner checked into the Marriott hotel on Thursday, Feb. 4. On the morning of Monday, Feb. 8 the multi-cultural couple renewed their stay at the hotel online. The man approached the hotel front desk to renew his door key. At that time, the hotel’s general manager refused to renew the door key and, in a video, said, “I’m going to choose not to do business with you right now.”

The manager refused to offer an explanation for the denial of service and then called the police.

“CAIR-New Jersey is awaiting the findings of Marriott’s investigation into the disturbing incident that occurred yesterday at their South Brunswick location. We expect their probe to be quick, thorough, and transparent, in determining why the general manager denied this couple the opportunity to extend their stay at the hotel.

“It is perplexing and frustrating to watch the general manager casually deny services without giving any reason, raising concern over possible discrimination. We expect immediate answers and appropriate action as a result of the investigation.

“Restaurants and other professional establishments have in the recent past racially profiled and denied services to minorities groups, particularly brown and black people, who do not meet their racially-motivated expectations and standards. Our office will continue to challenge these systemic racist policies and attitudes.” 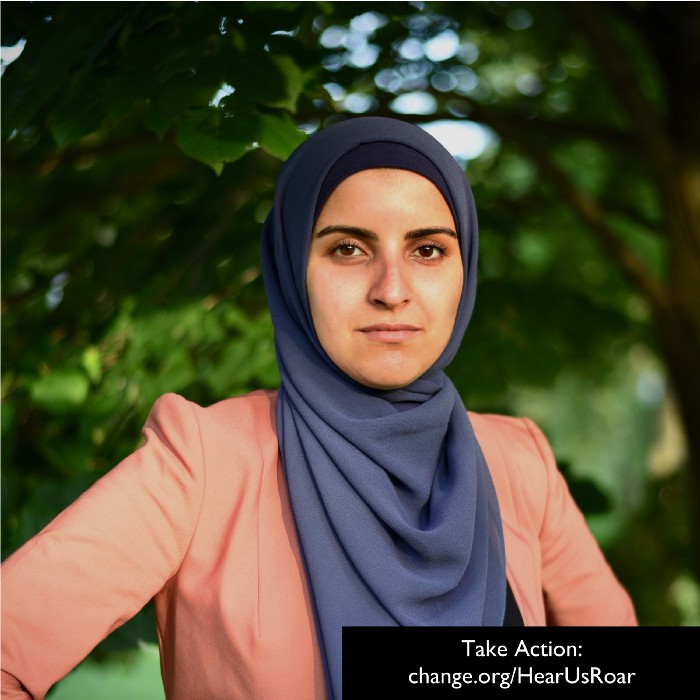 (SOUTH PLAINFIELD, N.J., 2/2/2021) – The New Jersey and New York chapters of the Council on American-Islamic Relations (CAIR-NJ & CAIR-NY) today expressed concern over allegations of discrimination and harassment described in Essma Bengabsia’s self-published article “#MeToo At BlackRock.” In her article, Bengabsia recounts her experience while working at BlackRock relaying stories of Islamophobia and physical harassment that stood unchecked by management. CAIR-NJ and CAIR-NY call on BlackRock to investigate the allegations.

BlackRock is an American multinational investment management corporation based in New York City.

“Corporate America has an Islamophobia problem. The unabashed discrimination and toxic work environment experienced by Essma and other women of color at BlackRock and other financial corporations should never go unchallenged.

“Essma’s disturbing account should serve as a red flag for management of these financial firms, motivating them to act swiftly and decisively to remedy the systemic issue painfully present in their corporations. No institution can parade itself as diverse and inclusive then chase out Muslim women and people of color.

“It’s our collective responsibility to amplify the voice of marginalized minorities and bring awareness to the racism and sexism that exists in these workplaces.”

Maksut also called on BlackRock to offer Diversity & Cultural Sensitivity and Unconscious Bias trainings to combat discrimination in the workplace.

‎“CAIR-NY is incredibly thankful for Essma’s courage is speaking out about the disturbing and toxic ‎workplace she experienced at BlackRock. Change requires brave individuals, like Essma, to expose ‎racism and discrimination.

BlackRock claims to be a diverse and welcoming place for Muslims and people of color.  Clearly, ‎Essma’s experience shows that BlackRock is failing to meet its commitment and has allowed an ‎Islamophobic, racist, sexist, and toxic workplace to run rampant. BlackRock must investigate these ‎allegations, make those harmed whole, and hold all parties accountable.  ‎

CAIR-NY encourages victims at BlackRock to tell their stories, either publicly or through a confidential ‎mechanism like contacting our office for a confidential report.  We are determined to stand in ‎solidarity with Essam and those who have been victimized at BlackRock. Everyone deserves a ‎workplace free of harassment and discrimination.”

Mohamed noted that victims or witnesses may file an incident report at www.cair-ny.org/incident-‎report; by phone at 646-665-7599; or via email to legal@ny.cair.com.  ‎

‎ Mohamed also encouraged community members and allies to stand in solidarity with Essam and ‎others by signing this petition to end racism and discrimination at BlackRock:  ‎